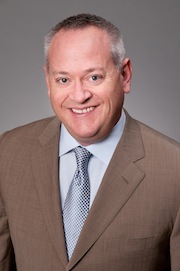 Michael Cox, a seasoned and successful trial attorney, has litigated and tried cases that have generated over 40 million dollars in verdicts and settlements since joining the firm of Goldberg & Goldberg in 2000. He is not only respected by his peers, but also by the Judiciary and those that have opposed him in the many cases in which he has been involved.

Michael focuses his practice in the areas of Medical Negligence, Product Liability and Personal Injury. His innovative and highly effective litigation style has earned him a reputation as a creative, charismatic and zealous trial attorney. Michael’s personal practice philosophy places ethical, aggressive and devoted representation of his clients at the forefront.

Michael has proven to be a compassionate, motivated and insightful advocate that has never lost sight of the human story underlying the cases he prosecutes. Many of his cases involve catastrophic injury and loss. For this reason, he understands the importance of keeping his clients informed, invested and protected.

Michael has lectured Physicians, Nurses and Law Students on the many nuances and complexities of Medical Negligence lawsuits. He has deposed, cross-examined, consulted and prepared hundreds of experts in all areas of Medical Malpractice and Product Liability litigation. Michael has taken countless depositions, drafted and argued thousands of motions and participated in many pre-trials and trials over his 17-year career. Much of Michael’s trial work has and continues to be concentrated in the areas of baby and adult brain damage cases, Wrongful Death and Physician, Nursing and Hospital liability. He has been a member of The American Trial Lawyers Association (ATLA), The Illinois Trial Lawyers Association (ITLA) and the Chicago Bar Association (CBA).

In a legal community teeming with talent, Michael Cox’s dedicated inspired and dynamic advocacy has made him a winning standout.